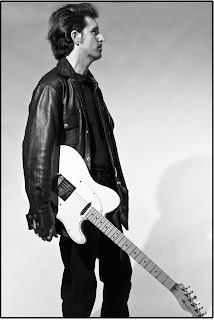 The times are bad and music got lost
In the sea of the business man
But that don’t matter cause I’ve found hope
On solid ground in which I stand
Oh Yeah
Alright!
The sky is beautiful tonight
The stars burn through the windows of light
In your diamond eyes

I drive an old Ford my guitar in the back
On a downtown avenue
I see the souls of forgotten people
Whose dreams never did quite come true
When life’s games,
Life’s roads are all lost
And won’t give
Straight in your soul I get the will to live
In your Diamond eyes

Oh yeah,
Alright
Come on baby let me in
Where the Mystery of Gods world lives in
Your diamond eyes 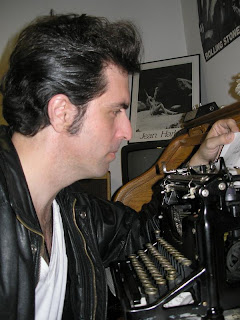 The beat of America is

Dead as we know it,

As the rhythm of one foot

Into a Immortal Oblivion of tranquility and lost dreams,

And left with no way home 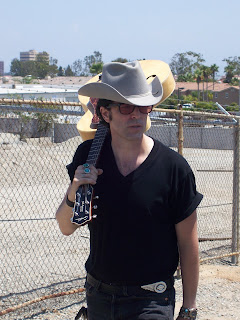 FILMED MICHAEL & THE LONESOME PLAYBOYS (My new Bands recording session this last
on slot Saturday night...
Lots of great fun and ramblin' through & my bag full of songs are on the prowl like a hot hot wind blowin' in from West Texas on through Austin TX my old stomping ground...A feel of articulate desolation dust ,where are all the gals with heart and the black & White cinema gas stations and diners used to breathe love ?...Through the hard times that move forward beyond 6 months of Freedom..of being confined in a non moving shell- yet life's struggle that continues- without the Apricot Wind that I love..senses are wired like Fender Tube amp..... I'm sitting in one old coffee shop just outside of Long Beach Ca. right now.. pondering ... Fair weather friends ,Real Friends, and out right ego maniacal damsels wandering into oblivion time capsules of indulgence & lost youth ........ another chapter... +another song... another faded memory.......one can't live in a memory... Love lives & Memories filmstrip burns on the reel 8mm ...Hey Broken hero's ,Gregory Corso's & Nelson Algren's ..journey on with a Kerouac like rush into a state of mournful bliss & be baptized by the Holy Water that will set you free into the Dark wild moonlight of romance ... relish your 2nd 3rd and maybe even 4th chance....Radio blarin' on the sidewalk....man changes his shoes in front of me...smart Ass spoiled OC kid mouths Off ...I stare him down & he looks away deep in the darkness of his own fears he yet does not understand...Twain, Bowie,James Dean I sit shoulder shrugged with Greasy hair wonderin' to myself after reading a local paper...Does The World really care?... And dear reader ....are you even aware?..Whatever is happenin' it past ya long ago...except those travlin' William Blake like Hot Rodderz rumblin' to the 'Night Tide Boogie'.....Don't ya know I wish .James Brown wasn't gone... every body has got somethin' to sell ..Themselves..Networkin' ....knee jerkin' each others rusty chains into "Hey Rock Star" ..."No Your A Rock Star"pleasure... recognize your four walls and escape....I'm already gone...Git a long little Doggy Git along Git Along.......


Written By MICHAEL UBALDINI...Copyright 2010 Library of Congress 2010
may be used only with permission.

Posted by Michael Ubaldini Ramblings at 8:20 PM No comments:

‘JIMMIE JONES’ –THE KING OF THE TRIBUTE TO TRIBUTE BANDS- 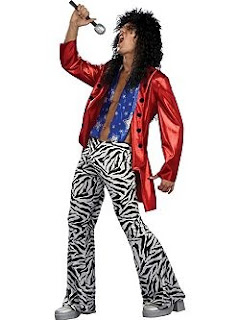 This is the story people of Jimmie Jones a Musician that couldn't quite cut it. He always had a massive ego & thought himself an undeniable presance.He grew up and was a teenager in the middle 1970's .The kinda guy who played air guitar and listened to Led Zep, & Sabbath but really migrated more towards Prog Rock, Rush etc..
He was aware of Down & Dirty Rock n roll Elvis, Little Richard etc... But somehow tied them in along with Buddy Holly & Chuck Berry with the cartoon 50's parody Sha Na Na–He just was never really hip enough to ‘Get it’. He also hated T-Rex, Lou Reed and Bowie

He smoked a lot of dope & drove a Ford Pinto& worked at a Pup N Taco. His girlfriend ‘RUBY VIOLA’ was a busty Rock Groupie into astrology & who only read Tolkien tales and pretended she lived in the medieval times... Jimmie wore a big feather earring in his left ear..(.cause the right ear meant something' ya didn't want to be back in them Daze)

Anyway Jimmie wore a brown leather suit vest with no shirt & Platform shoes& His long hair feathered back with a part in the middle. He was a little too late for Hippie Generation and was a little bit early for the Punk era .Unfortunately for Jimmie he was living in the time of Jacuzzi Limo California cocaine parties in the Watered down generation of Hotel California with former Laurel Canyon burn outs .

Yet Jimmie inside was secretly looking for that one –“original idea”.


Now don’t get me wrong this Jimmie was a hip guy in his daze... He had the records, he had the Explorer & Flying V guitars & the solid state Marshall half Stack. Heck he had all the pedals that simulated the real equipment... he claimed he dug the Blues (For credibility purposes) but like early rock n roll never really understood it. Somehow the magic of the hard arena rock he loved didn’t transfer from vinyl to his fingers. His band 'Dizzy Bitch' just never got past that 1:00 in the morning slot at the Starwood & besides that scene was now being taken over by The Punk Rock &Rockabilly bands.
Jimmie wound up getting a 9 to 5 job & playing in Top 40 bands after graduating high school on the weekends.

Jimmie wasn’t mad or bitter. After all he had a great job in an office and was making good money. He was really a nice guy but he still had this huge ego to feed. He repeatedly put down to anyone who would listen-‘The Rolling Stones’ saying they were sloppy.He said the same about Keith Moon’s drumming of ‘The Who’ one of the greatest bands ever. His pal & former Dizzy Bitch band mate (Now a real estate sales agent in Toledo Ohio who’s stage name ‘Dan the Zen Master’) said to Jimmie-'Buddy Rich said Keith Moon is the best Rock n Roll Drummer today.-"Jimmie promptly said –“Who is Buddy Rich?” He then turned up his Boston tape in his newly purchased walkman cassette player.

The Decades rolled on. Jimmie now had a couple of kids. His wife& his high school sweetheart now named ‘Ruby Viola Jones’ was always at the gym
.She had numerous ‘Hollywood plastic surgeries’ & drove a BMW. Jimmie was at the top realm of his field in building design. He even bought a Harley to ride on the weekends. He’d rap a bandanna on his head and be Peter Fonda at least for the weekend and on Sunday afternoons stop at a bar in an Orange County canyon to meet several of his lawyer friends all who also bought Harleys. They used to get mad when the real Bikers would come and take their parking spots. (And sometimes their cheating wives)

But what really made him and his top 40 band ‘SLIM CHANCE’ (Now called a cover band) angry was their friend who was an original artist &songwriter.- ‘Judy Diamond’ She lived her whole life for her music. She stayed dedicated since high school & whilst not famous she had a loyal following. But she griped on how she and her band could never get gigs cause of all these cover bands. But they all scoffed at Judy ( And she could be annoying). Jimmie didn’t scoff & he never felt guilty. He always thought Judy was great, &besides she babysat his kids for extra money.

As time went on something strange happened………...

Jimmies cover band wasn’t really getting booked anymore because all these ‘Tribute bands’ were popping up everywhere! ...Some of the real bands that the tribute bands paying tribute to were still touring &playing!.
It made no sense to Jimmie. Heck half of his friends were in them making money and they even thought the audiences packing the clubs were really clapping for & coming to see them.

In fact some started to "Act' like the singers they pretended to be. They (The Tribute bands)made fun of Elvis Presley impersonators... this was the final straw which made Jimmie realize they (all the tribute bands) were nothing more then ELVIS IMPERSNATORS no different. Who cares if it’s Styx, Heart, The Eagles or The Ramones they are tribute banding. ‘Hypocrites’ he thought’..

The idea was selling tickets! The clubs were calling . Jimmie kept on going.. Why he formed a bunch of ‘Tribute Bands of Tribute bands’.. He monopolized the entire scene with bands like
“LUNG”A tribute to the tribute band for ‘Heart’ (Where Jimmie & Dan the Zen master dressed in full drag…Dan could hit the high notes almost as high as the Ann Wilson impersonator)

He wanted to form Tributes to the Best BEATLE tribute Band but THE RUTLES were just way too good to try to imitate. He wanted to don Blackface &Be a Tribute band to the SLY & FAMILY STONE TRIBUTE BAND & call it ‘NOT SLICK & THE DISFUNCTIONAL PEBBLE’ but was afraid Inner city Thugs would kick his Ass,
He even formed “One Hit Wonder Tribute bands’ to open up for his Tribute to tribute bands
THE KNACK was’ KNICK KNACK PATTY WACK’,
MEN WITHOUT HATS were. You guessed it ‘Men with Hats
& AHA were ‘UH UH’
They had a 30 minute set where they would play the one Hit song ’over & over again.

Apart from the small lawsuit over his tribute to the ‘Woodstock festival’ where people started showing up dressed up as a yellow birds with white dogs in tow.
JIMMIE was finally a success.!!.

Now as you can imagine…This really Pissed off the Actual Tribute Bands.

They would get together with him and say’ “HEY JIMMIE MAN ..NOT COOL!
We are the real thing & We cant get booked …we used to fill the houses… but now no one wants ‘Tribute Bands’ …only ‘Tribute bands of the Best Tribute Bands’…. That is not good for the music scene”…..

“Well I don’t know what’s good for the music scene …All I can tell you is you is this-
You weren’t mad when you the monopolized the clubs & took away gigs from Struggling Original creative bands and so many others’ by Being ‘impersonators’ yet calling it a tribute .At least Cover Bands Pay tribute, and do so as themselves. This gives them some form of integrity. Now you know how the Struggling songwriters like Judy Diamond must have felt. She is the Risk taker…. Don’t take it out on me because I came up with The Tribute to the Tribute band idea!”

…Jimmie went home to his two car garage home & layed in bed next to his wife& High school sweetheart the still busty Ruby Viola and stared at an old ‘Kansas Concert Poster framed on the wall from his high school days.
He kissed his wife goodnight & then checked on his Children who were fast asleep. He didn’t have to Dream anymore. For he is………

-Jimmie Jones- ‘King of the Tribute to Tribute Bands’-.
Written and concept by Michael Ubaldini
copyright- Library of congress 2010- cant be used without permission whole part or in any form...
Posted by Michael Ubaldini Ramblings at 11:50 PM No comments: