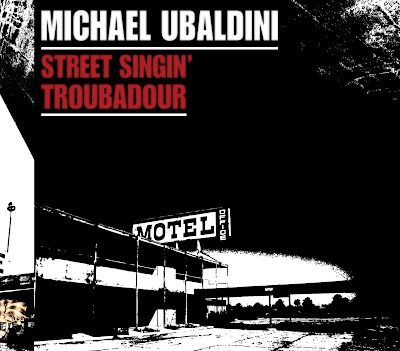 TAKEN FROM THE ALBUM

I saw chariots of fire burn into the great unknown

I saw a groom at the altar standing all alone

I saw a red, white and blue

Down in the river of blood

I saw diseased rats devour what was left of love

The false prophet spoke, from his lips

The Arch Angel walked over the dead bodies in the street.

The false prophet came, they put a crown on his

Head, the crown wasn’t made of thorns.

This was gold instead

They sent a limo to the airport

From the podium he spoke

All races believed what he said, blinded by rose colored

The governments were on his side

The Arch angel had to cut the rope of those hung

Before they were tried.

Pictures flashing in my mind, eating up my brain

Polaroid’s of life left to drown out at sea

Killers clothed with the robe of democracy

The President of the company

Sat back and grinned in the office chair.

The Arch Angel played a Gibson guitar but they

The false prophet came and gave flowers to the

Children. He was workin’ on their innocence

All the women loved him for he came in peace

The rich and the poor and the homeless in the street.

They celebrated with party’s and great global parades. The Arch Angel sharpened his sword

Smiled and sipped his lemonade.

The media came, it drew a huge crowd.

The false prophet was smiling he wore a golden robe,

He was challenged to a fight on the side of the road.

Plagues they came, spewed up from the earth,

The I.R.S. claimed pay per view and the

Possessions left of worth.

I saw the beloved prophet take off his mask

He drank dollars and cents from an engraved

Whiskey flask. He fooled all the rebels cause he

knew that tattoos were in. They all had his name

Tattooed on their skin.

Heartbroken they cried, as they heard the

Undertakers bell, they drank milk from the bowls

Then I saw a clash in the walls of the sky

with patches on their eyes

The world was face down in a grave with nowhere to run;

I saw a battle that RAGED, then took away the sun.

The Arch Angel stood tall. The referee raised his hand. The false prophet took the fall. But with him he took

The souls of fellow man

The globalization of America

If history repeats itself my friend,

Rome will fall again.
Posted by Michael Ubaldini Ramblings at 2:40 PM No comments: