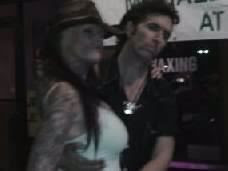 Ah 2018 , can't wait to put this one in my back pocket...actually I mean out of my pocket and throw this thing &this year out -

Before I let you know why dear friends ,may I (If you don't mind ) cloak you in a coat of the warmth of the good  stuff- well maybe....

Year started as uneventful  as usual (Apart from the Outlaws Of Folk music series)
But come March things went the way of the city dump-but more of that later on ...now come along with me  on the wretched tale of 2018.

Here- put this cloak on  as we fly above and look down or' the earth below. Let it warm you with the Gram Parsons -Emmylou Harris  salute show. - a three song  set slingin' my guitar with a  one of my outlaw of folk dwellers  - rocker mom & songstress Emily Zuzik howlin' & croonin' some back up- to say we didn't slay it would be an understatement.can't go wrong at The Last Honky Tonk.
Scuze me while I give myself  a great big pat on the back...but I must now clear my throat - ahem...

So the sun dipped over the west ,and I decided I'd take stroll , but wound up in and out of the hospital  back & forth ,back & forth - finally got kicked hard and snapped out of it- Eddie Cochran was playing in the backround sound tracking my months of lawlessness & despair- in the weeds of summer --had the rockin' pneumonia blues twice -slaughtered my groin & whacked my ankle - You know its really a drag to be hangin' round on the rope of boredom- upside more songs floated into my favorite pen - Ex girlfriend tried to swoon her way  back in but - I pulled down the shade - no more rainstorm on this wayward valley of a dead end street.-
lost way too many friends - couldn't even say goodbye ..too damn young man ,too damn young.
'Sadness & Anger' is like oil & water - My engine block is crackin'.

I recorded up in the whipper  winds of Burbank -after writing a stack of songs - they kepta comin'
and I just kepta' writin' em down ,-I kicked cans in the street -gambled away my earnings (which means I lost nothing) , and hustled a kid for his last crawfish bucket took his  advice and traded the bucket for a JB Stetson hat - not old Stacks -his great great great grandson ,donated that to me a year a many ago -Billy Lyons kin nowhere in sight-- zoomed accross the twilight and rummaged a garbage pail of words & took the best ones anf left the others there on the pile at the city dump,
Up ahead the lights were flashin' and I did a show with The Kingston Trio and one with the Posies that I must say were the highest point & as Harry Nielson says "Everybody has a point ..and a pointy head"

-One too many flings but I wont brag lest a smack  pack of angry women show up at my door with torches and rope with some funny hats upon their angry heads. - they scare the livin' shit outta' me...no I'm SERIOUS-...but they passed my me by  and decided  I wasn't "one of those guys' and now have my back---Thank God!-Must be cause I have all them sisters &    a lot of female cousins & Aunts -Plus they know I'm on their side-The meanest one -the most hardcore of the torch carriers  -took me out - wanted me to throw her down in the kitchen & make love to her cause it was raining out doors (Good ol' Mr. Johnson knows)- but as I said -scared of that whole scene. I'm not even gonna be a Beatle and hold her  hand - too risky -I am AFRAID of this shit now. ...
"Please step away from the musician -nothing to see here" "..- I'm a high tailin'...
I just shook hands & said goodnight - never kissed her once --- scared brother scared....no more turtle dovin' for this here boy....

-  Ya - C-  I picked up a blonde  with tattoos and went ta swirlin' to some  other  kitchen and rattled them pots& pans- scowered along guitar in hand to Folk U events by Annette Conlon - a kindred spirit  in fighting adversity if there ever was one -not to mention Doug with a ready capo  - the Outlaws of Folk series ended its 9th year and starts its 10th in 2019- Had to say goodbye to Alta Coffee house after a cool  decade swirlin'  run and have relocated to Seal Beach with the  Humphrey Bogart's & Long beach reading Portfolios ...you know I was thinkin' -just now - no seriously - about shopping in the store and floatin' in the Coffee isle - It smells sweet - like the New year - but I don't get my hopes up - I'm actually rather unbalanced and depressed -which means I'm on the upswing ...
Hey you know what? ...no seriously....I had great recording sessions with my band- did it all live - none of that tracking ,slacking lip smacking ,over compressin' non blessin' shit. And  have that new Folk record 'Song of our Time'--- but its all the truth .So if I wind up on the side of a milk carton or get locked up like Dostoevsky - you'll  know why

And stop kickin' my dog round'

Posted by Michael Ubaldini Ramblings at 3:36 AM No comments: